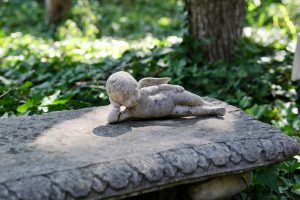 The human mind is the most wondrous, fascinating, amazing and sometimes even unfathomable thing. It seems that it retains so much, blocks so much, processes so much, and – sadly for some – can on occasions turn the rational and straightforward into the opposite, thus causing torment. It can bring things back to the fore at the most unexpected times and in the most unanticipated circumstances. A memory can be triggered by the simplest of events, by people, a scene, a piece of music, a scent … and we are transported back in time. Sometimes we return to scenarios that are dearly held and much cherished; other times the memories can be far less so, leaving us unnerved and struggling to fathom the hold an event or person in the past may have over us in the here and now.

I find this particularly the case with dreams.

What on earth are they all about? Is the explanation that they’re the outworking of the mind trying to process all that it we have seen and endured during conscious waking hours? Are they the subconscious trying to make sense of life experiences? So often these nocturnal journeys of the mind can be bizarre to the extreme and can take us to the most surreal of places. 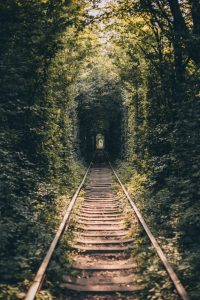 I am of the opinion that the explanation sits somewhere between the mind’s quest to fathom, rationalise and resolve and the work of one’s inner spirit. For just as surely as man is flesh and bone and soul and spirit, so too one’s dreams much surely involve the very same entities of the human creation? Surely?

I’m prompted to ruminate upon such things as a consequence of series of repeated night-time ‘mind meanderings’ which took me back to childhood and some of the horrors that occurred therein. Sharing them with my mother there were details within them that were long forgotten and not even realised. So why on earth why they were resurfacing decades after the events … so vivid and unsettling? They lasted for several nights and then just as suddenly they stopped, leaving me bereft and in deep quandary. Why Lord? Why now and what is the meaning?

Scientific research tells us that dreams usually occur during that time of ‘rapid eye movement’ or REM as we drift off to sleep and the brain is the most active. Dreams do occur at other times of sleep, but the ones we have during the REM stage are said to be the most vivid and memorable. Some scientists also suggest that each of us can have up to five or six dreams every night … we just don’t remember most of them when we wake. They also say that dreams that are connected with and contain waking-life experiences are directly related to our ‘emotional memory’.

Freud – the father of the psychological discipline of psychoanalysis – believed that dreams reveal very specific things about our inner-most desires and hidden emotions, quite often these being related to repressed childhood memories and obsessions. He reckoned that our dreams present a way of satisfying deep hidden desires that are otherwise not acceptable within daily society. I’m certainly not convinced on such an interpretation and would beg to differ. Some investigators hold to the claim that dreams are simply a random outworking of brain activation. I’m not convinced on this idea either. Other prominent theorists suggest that our dreams assist in memory formation, problem solving and processing … I’m going with this one!

In my own experience I will concur with Freud that dreams can certainly be connected with childhood and even more adult memories of past events that have been repressed … hidden away as a means of conscious protection to be dealt with at another time … in another dimension. But I’m not going to agree with old Sigmund and his notion that they are about embracing obsessions. Quite the opposite I’d suggest! More modern-day theorists and researchers have come to the conclusion that our dreams exist to help us solve problems in our lives – some we don’t even know we have! They incorporate memories and process emotions. They can present that time in our lives where he greatest inspiration can be brought to the surface as we awake with renewed ideas and inspiration to tackle all manner of issues.

Yet another set of theorists – and especially theologians – group dreams into three categories. Firstly there are the warning dreams where we are given visions to warn us of difficulties ahead so we can rationalise, prepare and take action. Just think of all the instances of such dreams and visions experienced down through the generations listed in The Good Book. Then there are the confirmation dreams which serve to do just that – confirm the thoughts and beliefs one holds about a situation, person or event in waking hours. These sort of dreams also call us to action and can be extremely positive and affirming. The third type are the prophetic dreams which have an essence of promise for the future and life-affirming revelation.

The most important thing to remember – and to rationalise I believe – is that while dreams of a nightmarish nature can be disturbing in the extreme, they are just that … dreams. The happenings within them do not have to be carried into the waking hours and everyday life. In other words, they can only have as much power on our daytime life and behaviour as we allow them. And the same applies for the ‘good dreams’ too!

I think there’s great benefit to embrace them and think that things hidden in the recesses of our minds need have only as much power and impact as we allow them. I guess that this is where one embraces one’s spirit and with faith can speak words of positivity and direction over what our brains will do as we nod off, thus ensuring that we do indeed sleep in heavenly sleep!

The moral of the story I have come to understand is to look for the reason, the explanation, the meaning and process it in the daylight so the night is much more peaceful. Forgive again – even oneself, reclaim the child, embrace the innocence and know that all will be well!

Gearing Up For The Season!

In my last Blog I mentioned a whole range of events in the planning stage for a mega celebration of Christmas 2019. In response to the large number of enquiries received regarding wreath making, decorating activities, on-line house tour, the annual Wroxton garage sale and Christmas book sales, firstly 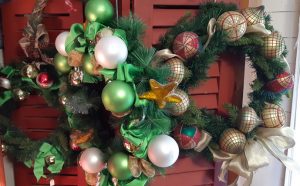 I can confirm that the special ‘Wreath Day’ will be on November 2nd at the Uniting Church Hall in Hazelbrook (in the middle of the Blue Mountains NSW). There will be heaps of finished wreaths for sale as well as ‘base stock’ with which to make your own (plus all the ‘accoutrements’  to go with them) plus I’ll be showing those gathered just how to make your own wreath and create a wonderful Christmas treasure that will embody festive creativity and marvellous memories. There is no charge for the workshop – just a gold coin donation to cover morning tea. All that the organisers ask is a phone call ahead to indicate the number of those thinking to attend so provision can be made for enough tea and cake! Call 0419 977 758. 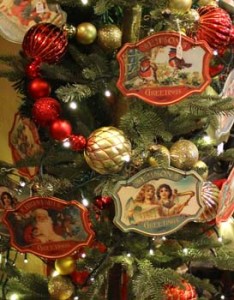 The following weekend will be the mega annual Wroxton garage sale happening at 1 Cascade Street/68 Honour Avenue, Lawson (in the heart of the Blue Mountains, NSW). We already have people coming from vast distances and staying in local accommodation houses so they can make sure they don’t miss out on all the festive wares and bargains. There will be Fitz & Floyd ceramics, gorgeous Christmas cushions, a selection of small trees, nativities, angel tree toppers, ornaments, wreaths, door toppers and so much more. Most of the stock is brand new and at a fraction of the original store price. ‘A Christmas Memory – Wroxton Revisited’ will also be on sale on the day. Starting at 8am sharp. Cash and card. For more information call 0419 977 758 (strictly no pre-viewing prior to the day).

Around this time we will also be launching our very first Christmas House Tour online – to feature on YouTube, Facebook and the Rick Rutherford’s Country website @ www.rickrutherford.com Via the showing ‘A Christmas Memory – Wroxton Revisited’ will be offered at a very special collector’s price so stay tuned for updates closer to the event!!!

Oh … and at the end of October we have some fantastic product being launched here online in our Merchandise Department  … vintage tin tree ornaments, some great folk pieces and a collection of exclusive one-off Heartwood Creek figurines and nativity – at half the price you would have once paid in the stores. Very limited quantities so stay tuned!