It’s amazing how we can hear the same thing over and over again … a word of advice, a slice of wisdom, a warning, a truth, and never really ‘hear’ it until, one day, just at the right and appointed time, we finally hear it. It resonates deep within us, and we finally understand and maybe even embrace it to the point where we take it on board and it becomes a personal mantra, or even a saving grace!

It has happened to me a number of times over the years, and in those instances the thing that I have finally heard and understood has helped my through a season or has helped to guide me in a new direction.

Today I finally heard something … probably for the hundredth time over what has seemed a journey of a hundred years.

“You can’t let the past define you”.

More so it was said in such a way that it was more like a ‘war cry’ as the speaker told that she had decided she was NOT going to let horrors of the past dictate her present, and especially her future.

Sage words. Powerful words. Life-altering words. But sadly words that had, for as long as I could remember, fallen on my obvious deaf ears. It was just too easy to listen to the old tapes that had been generated inside me and had been ‘caused’ by significant events and people of the past … to keep me locked in a prison where the past continued to return time and again to not only haunt me but to exacerbate the pain of dark days, to amplify a disappointment or failure, to send me on a spiral downwards and send me back in time … to horrors born in childhood that have long tainted the happiness of adult years. 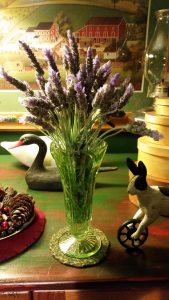 But I’m not saying that I heard the words and that was that! … that all is now well and good and I can move on. Far from it. The realisation of the fact that past pains had been so debilitating for so long actually caused even more despair. How could so many opportunities been lost and so much joy diminished? A gaping hole in my existence opened up and threatened to swallow me up.

But at the very same time of hearing the words “you can’t let the past define you”, another life-long friend and kindred soul phoned and began to speak to me … to reinforce and re-interpret this astute insight and give me the tools to enable me to embrace, to implement, to let them seep deep into my soul and begin to do their healing work. Reasoning that I have listen for almost all my life to a message of punishment and pain, of condemnation and inadequacy, this treasured soul and friend – one of my true touch stones in life – urged me to start a new internal dialogue where I spoke, almost as a second voice, to the dark and negative speech that had been born of childhood violence and horror. Not to reason and plead with it. Not to discuss and entreat it to stop, but to face it head on and tell it that it is wrong. That its reign of terror and destruction is over. That I have chosen to no longer listen!

My beautiful friend reasoned with me that the old tapes have clearly been so audible and powerful that an equally strong and determined voice in my head needed to be heard … ultimately shouting down the negative and speaking life, positivity and hope into even minute of now and the future. “You may think you’re going mad” she said. “You might even feel like you’ve developed a second personality, a schizophrenic scenario where you start to wonder about your mental stability. But trust me, it’s healthy and it works, as you’ll begin to re-programme your mind and emotions and start to see the world – past, present and future – from a new and affirming perspective.”

And so, a week or more down the road of finally hearing what I have long needed to listen to and performing the exercise of ‘speaking positively’ and shouting down the destructive demons that were first spoken by a cruel and demon-driven adult of decades past – when I was a defenceless and innocent child – I am finally starting to listen!

There is no quick fix and the old internal dialogue is hard to master and will be arduous I know. But a subtle shift has begun and I’m holding on to a belief that the voice of reason will prevail over the horrors and darkness of formative days when everything should have been safe and affirming, nurturing and wonderful. That didn’t happen but now I understand that I have the unique opportunity as an adult myself to nurture the child … to speak words of love and protection, and to finally break through the pain of a former destruction and to again forgive. Not to forget, but to live beyond, because indeed it is true … the darkness of the past should never define our present, and the bright possibilities of what tomorrow may hold can be achieved if we truly believe and aim in the direction of all that is affirming and healing. It’s a matter of choice … and now I’m finally ‘listening’.

May you all too listen to all that is positive and encouraging within you and find the skills and heart to silence anything and everything that would contradict your own freedom and liberty.