I’m going to have a rant … apologies before we go any further, but it’s something I need to get off my chest!

I’m totally bewildered! Where in the heck is all this coming from? It seems that man’s total disregard for his fellow man has reached fever pitch! Do we need a war or some planetary natural disaster to bring us back to basics, to bring to the fore once more the most elemental aspects of regard and respect for one another? I mean … really! The evidence I see around me is mounting. More and more people have become disconnected from those around them, culminating in a behaviour that is selfish and dismissive, even malicious and cruel in some regards, as they view the world from the perspective of “what’s in it for me, what am I going to get out of it?” In the process they have no compunction to ignore at the very least, to walk over and to hurt others in their pursuit of self!

We’ve evolved – or should that be degenerated – into the age of the great narcissist … a society populated by an escalating number who have a grandiose lack of empathy for others; who are manipulative and demanding in their pursuit of their own gain. 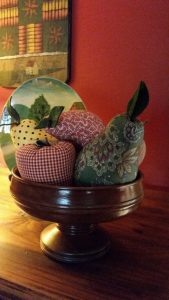 I say this from direct observation and from being on the receiving end of quiet a deal of such behaviour … conduct that has disturbed and distressed me, and at the very least really annoyed me to the core! I find it all so baffling and bewildering. Does it cost so much to be nice? To be considerate and respectful? Where has the mantra of ‘treat others as you would want to be treated’ gone … and why?

One of the last acts of viciousness – and perhaps the most profound – I endured during my days running the Rick Rutherford’s Country gallery in the NSW Blue Mountains still resonates and shocks me. Every time it comes to mind I have to mentally process again, to rationalise and work on forgiveness. It involved a later-aged woman who entered the store with a group of others for a Christmas get-together morning tea. A complete stranger, she came through the door, walked up to me at the counter and proceeded to annihilate me … pointing out with immense vitriol what she perceived to be my personality flaws and blamed me personally for the outcome of the referendum on same-sex marriage! I had never seen her before or subsequently; she had no idea who I am or my political or faith beliefs, and was certainly not going to give me the opportunity to express them. Seething and venomous, she clearly had major issues with the world and the people in it, and all I could do was to ultimately feel so very genuinely sorry for her, grateful that I don’t share her outlook on life, and to forgive her.

But so often I would have people come into the gallery – a place I had created of peace and joy and sanctuary – who would snub me the minute I opened my mouth to greet them. So often I was met with a sense of ‘who are you and how dare you venture to communicate with me’ which, again, antagonised me to a point where I ultimately put a sign on the outside of the building, next to the front door, offering words of welcome and the expectation of the use of good old-fashioned manners (together with warning about stealing, photographing displays and the free public use of our amenities)!

And it was not only the members of the youngest generations who were the offenders here – the Gen Z-ers and the youngest of the millennials – who seem to have a righteous sense of self entitlement bred into them by a combination of technology, political correctness gone mad and an educational and social system that has evolved into one of paranoia and reward for excellence even when one really isn’t excellent and one’s behaviour should by admonished, not applauded!

So often it was the members of Gen X and the Baby Boomers who would venture in and snub me. And yes sadly, the majority were the same sort of women for whom I pull out of the way with my trolley at the supermarket, as they trot by without the common courtesy of a simple ‘thank you’. In such instances I have now taken to saying, at the top of my voice “Oh no, don’t thank me. You’re most welcome!” But I digress … 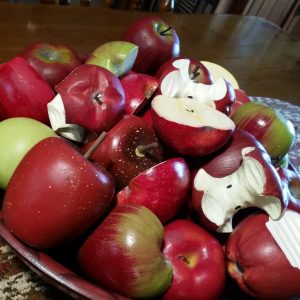 I just don’t understand where this is all coming from? I struggle with trying to comprehend why people en masse have taken to treat each other so appallingly, and I really lament where it is all heading. We’ve become desensitised to the pleasantries of life, disenfranchised and alienated from one another. We’ve learnt to expect the worst, to celebrate the bad and the villain, revel in the commotion and conflict, to be absorbed in voyeuristic formats of entertainment which extoll and promote such things, and to increasingly disregard our neighbours and those who we encounter in the daily living of life!

This total disregard of others was one of the things that really inflamed me when I was offered the opportunity to work for one of my dear old suppliers at the recent Sydney Gift and Homewares Trade Fair. The wholesaler had presented a spectacular display and one of the best collections of unique Christmasalia to be seen anywhere. It was thus hard not to feel the mood of optimism and cheer by being surrounded by such wonderful Christmas treasures. But into this bright little realm came three woman – a cohort of giggling quinquagenarians (or maybe they were sexagenarians as it was hard to tell with all the excessive makeup, bling and brassiness) – who literally terrorised yours truly and several others working on the stand.

They picked up and moved the stock. They knocked into the stock. They questioned just about ever aspect of the stock. They went around and around the stock. They twittered, they sniggered and whispered to each other whilst teetered on platforms that looked far too precarious for fragile aged ankles … and they wasted my time! And then they sauntered off, to only return to have a second go an hour later. They even opened an account so they could wholesale purchase from the extensive array of wares they had pawed and petted (the process of getting them to even give me their details to set up an account was more excruciating than a visit to the dentist atop a seething volcano). And then, after yet another half an hour of their ‘mayhem and mockery’ they committed to buy just one item before saying they had to “dash to another stand, back in five minutes” … never to return!

I mean, what was the point of it? Except to revel in the opportunity to expressly treat another person with total disregard and to gain some morbid enjoyment from doing so, I just couldn’t rationalise the whole scenario. Again I’ve had to work hard on the process of ‘release, forgive … release, forgive’!

But truly, I do despair. I’m at a loss and really can only take from these escalating experiences and encounters a renewed commitment to focus on never being like these folk. To not embody the ever-growing dominant societal condition and mentality of ‘all about self’ and to really work hard on swimming against the stream and actually care for those around me, treating others with as much respect and consideration that I can muster. Because no one should be on the receiving end of someone else’s rudeness and disrespect, especially the total strangers we encounter every day. There I’ve said it … it’s a call to arms and I hope I’m not alone!