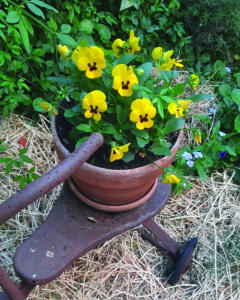 I’ve been thinking about friendship a lot lately. Maybe because of the enforced isolation and lockdown brought about by the pandemic across the world. Maybe because a dear soul recently reached out, concerned that I had not written on the blog here for such a long time, stressing that our bonds of friendship caused her to be worried. Maybe because there has been great loss lately brought about by the death of a respected associate, the impending death of another, the illness of several dear souls in my world and the fracturing and dissipation of bonds with one or two others.

Maybe my recent renewed focus on the meaning and value of true friendship has come about as a result of what I call the ‘divine balance of life’ as several good souls who I have always regarded highly have increased their impact on and presence in my life.

Maybe it’s all because these ever-changing times in which we find ourselves have caused me to take stock of what and who is truly significant and important … and to thus be all the more appreciative of the ‘constants’ and to cherish their place, their influence and their consistency. And conversely, these dynamic times that have caused me to make the decision to let others go and no longer pursue the intimacy of relationships that are no longer not edifying, mutually enjoyable or just too much bloody hard work!

In this context I find it very interesting how life truly is dynamic and ever changing, challenging and confronting, yet, all the while it remains simultaneously constant, stable and comforting. 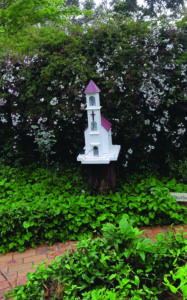 And as I have noted, as one relationship has declined another, almost unexpectedly, has flourished. In a number of instances the new has overtaken the old and become so significant and edifying, enriching and enjoyable that I can’t help but admit that the pain of loss of the former has been more than abundantly superseded by the joy of gain of the latter.

Indeed, there has been a lot to think about on the friendship front of late!

My late grandfather Jack Rutherford used to always say that if, at the end of your days, you can count your true friends on one hand, you have had a fortunate life. My fortunate is certainly many fold as I will need both hands and a foot as I can count that many whose love and connection has withstood the trials and time to remain the closest of friends. Truly I have been blessed.

But this is not to say that all these friendships have been easy. Far from it. While one or two have been organic and grown without challenge or incident, several others have involved the opportunity for both parties to grow and evolve through forgiveness. Unintentionally and unwittingly there have been incidents in some of these closest relationship where we have both had the chance to learn what it is to disagree, to seek understanding, gain wisdom and see the bonds of friendship and love grow deeper and stronger. 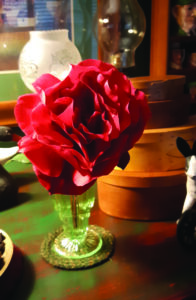 Of course the whole process has incurred a degree of pain, but I’ve come to understand that this can be a good thing as I have been afforded the opportunity to see things from another’s point of view, and to truthfully examine my own views, reactions, beliefs and motivations. Friendship has thus been a great teacher.

One thing that I have especially tried to embrace when conflict has arisen is the divine love of forgiveness which dictates that, if we humans have any hope that God won’t hold our faults against us, we immediately forfeit the right to hold another’s faults against them. This has been a hard lesson to learn, but one which has been liberating a thousand-fold once grasped.

The other thing that I have learnt, hand in hand with the power of forgiveness, is the reality that it is absolutely right and Godly to sometimes ‘refrain from embracing’ those who have caused us pain or with whom we have had conflict. We must forgive and even aim to forget, but we don’t have to go back for round two, three, four or more. It’s a reality that some people will never be edifying and it’s proper self-protection and love to give them a wide birth, ongoing and for all time!

A third significant observation made and lesson learnt is to watch the actions of others rather than just listen to their words. This can be the greatest barometer of friendship that there is. I actually wrote about this in one of my Instagram/Facebook inspirational quotes earlier this year and received some interesting reactions. While the majority voiced their whole-hearted support of such ideals, I was shocked by one or two who took exception to my words and challenged me accordingly!

Here again was a great lesson to learn about friendship, and about myself. 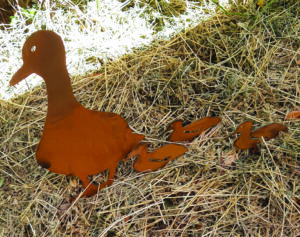 In my quest to grasp hold of the situation I did some more reading, some more probing, some more ‘questing to understand’. In the process I came upon a quote by famed Elizabethan poet and scholar Sir Philip Sidney who wrote “It many times falls out that we deem ourselves much deceived in others because we first deceived ourselves”.

I know I’m not the first to fall foul of such a situation. As a consequence of wanting to be loved or needed, to hear utterances of affirmation and expressions of friendship from another, we have all listed to the words of another but failed to examine their actions. Here my own personal lesson –  beyond vowing to always hereafter watch rather than just listen – has been to start to pay heed to my intuition.

I’ve always called intuition the ‘whisper of God’ … that small still voice inside that speaks of counsel and sometimes even warning. If I had have listened to my intuition in recent times, and then examined the actions of several others rather than just listened to their words, I would certainly have saved myself the grief of false relationship.

And so I have discovered the great blessing that is embodied in the experience of ‘friends’ revealing themselves to be far less than the treasured, honoured person/s that I had first thought them to be … and their subsequent drifting away. They have truly given me the most wonderful opportunity to grow and learn more about myself and what unconditional love is all about. They’re certainly given me the occasion to put into practice the reality of the prayer to ask for forgiveness of one’s sins “as we forgive others”.

Indeed I have a great deal to be grateful for when it comes to friendships – both the good AND the bad.

Friendship truly is that gift for which we should always be thankful. It enriches our lives and is one of the most positive and affirming ‘gifts’ that we can receive. And just like the giving and receiving of gifts, some are more valuable and deeply embraced than others. Some are temporal and others are for a lifetime to cherish and utilise from day to day, year to year.

And just like a present, some may become damaged or even lost. But this doesn’t mean that they didn’t have meaning and value to start with. There can be great sadness over a lost friendship that we thought would endure. But the true value of such a connection is the lessons we can learn from it, to grow as individuals and to strengthen the bonds that exist between others who are planted in our lives for the long haul.

Another very significant aspect of friendship which has presented itself profoundly in recent days is that of ‘generosity of heart’. By this I mean the sharing of one’s friends with others. I really do believe that one of the great delights of true friendship is sharing that friendship and connecting hearts so that new friendships can grow. I’m not an exclusivist who wants to keep close connections to myself. The best joy is seeing dear friends come together and establish new connections of their own.

I will never understand or condone the scenario where a friend will reject another because they have made new connections and gained other special souls to share their world with. Personally I have endured a number of these such occasions where existing and long-established friends have rejected the notion of me making ‘new friends’ and have withdrawn from my world because of the fact that I have not remained exclusive to them. I would have much preferred that all could have united in a spirit of connection and shared what each had to offer, but sadly this was not to be.

Such friendships that are conditional, that have limitations and are thus potentially hurtful are never built on solid foundations. To look for the silver lining, the blessing of these relationships is that they can ultimately set us off to find edifying, worthwhile and unconditional connections by contrast … and that’s the only sort of friendship that is really to be valued and pursued in the first place!

To embrace the wonderful souls who travel the journey of life with us and to remove those who are not really companions at all so that better ones can come along; to enrich our lives and offer support, encouragement and care for one another; to leave tracks on our heart … of joy, tears and resolve; to teach us more about ourselves and help us to grow; to offer the opportunities to share the full gamut of human experience … friendship truly is ‘a sweet responsibility, never an opportunity’. Indeed it is the embodiment of the divine command to ‘love one another as oneself’ … to treat others are one wants to be treated.

A true friend will ‘F’ight for you, ‘R’espect you, ‘I’nclude you, ‘E’ncourge you, ‘N’eed you and ‘D’eserve you. Indeed I’ve had a lot to think about regarding friendship of late!