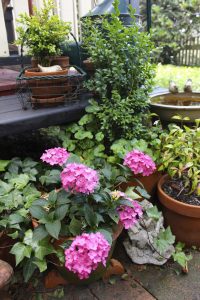 It’s a changing world, and in so many ways not for the better! I know I’ve said it before and I’ll continue to say it until it is no longer the case, but we live at a time where so many feel disenfranchised and detached; where the simple connection between people has been eroded to such a degree that many have lost the ability to socialise and interact with  the most basic degree of care and concern for one another.

Where did this all come from? How did we get this way? And where will it end?

I can’t help but think that we are witnessing the ultimate decline of old fashioned decency and good manners at such an alarming rate that I predict a world filled with individuals who – short of some catastrophic global happening – will continue to degenerate into a hoard of self-absorbed ego-centric souls who ultimately find it impossible to express any degree of common courtesy and regard for those around them … because they simply no longer know how!

In an age where we are continually told that technology is bringing us together and bridging connections that would have once have been thought impossible, my observation is that the same technology is very much responsible for the undermining of human interaction and is fostering a world where a genuine respect and thoughtfulness for one’s fellow travellers on the road of life simply no long exists.

I mean … with all the ‘technological advances’ we’re bombarded with and totally hoodwinked into using – and given little choice but to utilise as one system is superseded by another – people are being empowered to be rude to one another on a global scale as we’re given more and more tools with which to be more dismissive of one another; to insult each other on a broader scale and in front of a wider audience; to cause more dissention and a greater degree of life-impacting distress for one another than has ever been seen in past generations. 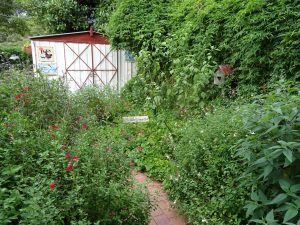 In the name of ‘better connection’ and ‘instant communication’ we are all expected and even required to use the latest mobile phone; the next-best thing in email and web servers; the latest and greatest social media apps … all to ‘stay connected’. We then send out messages via one or several on these means with the expectation of receiving a response … and then we wait, and we wait …

Somehow we have degenerated as a society to such a stage where it now seems acceptable to not even bother with an acknowledgement of someone making contact. Get back to them if and when you feel like it. Gather the information they’re sending but don’t bother saying ‘received’ or ‘thank you’ because no one does that anymore. Let them wonder if you got the message in the first place. Keep them guessing. Maintain the upper hand. Always be empowered and always in control. This is the world in which we now live and all the communication devices at our disposal enable us to be all the more rude and dismissive as they aid in the universal decline of common courtesy and manners.

It’s all even breeding a state of paranoia!

Gone are the days when a simple phone call is answered, a conversation is had, information is imparted and the connection between simple folk is shared. Nowadays a text or an email or a social media message is sent, and then one can endlessly wait for a response. And in the interim one wonders what one has done to offend the receiver to cause such a delay? What has one done to cause upset and this subsequent silence? After days and days of no response there is the heart-felt need to call and try for an old-fashioned one-on-one conversation … and then the phone reverts to a recorded “leave a message … I’ll get back to you”.  And we sit and wonder if they ever will.

I’m sorry but all this so-called ‘improved communication of the modern world’  is simply not good enough. Yes I know we are all busy. Yes I know we are all pre-occupied by the daily stresses and strains of living. But really! What happened to the golden rule of the Good Book to “treat others as you yourself would want to be treated”? Just think about whether you like to be dismissed and ignored? Do you really have a great affinity with being treated with contempt? Do you like to be caused to worry and become stressed? I would suspect not! 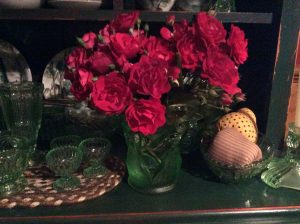 And it’s not just these processes of communication that are in dramatic decline. When people do finally gather together within in any sort of venue and attempt to socialise with one another, it seems that the same learnt lessons of ‘dismiss others, be in control, pay no heed and certainly show no consideration’ now even permeates the face-to-face behaviour of so many. And it’s not just an issue limited to one generation but exists across the board. I have been given hateful looks by young ones when attempting to offer a smile of greeting at a market or gathering just as much as I have been snubbed by the older-aged woman in the supermarket for whom I have pulled my trolley aside to let her pass. I have now come to the stage where, in the latter instance, I call after the said woman and, at the top of my voice declare “oh no, please don’t thank me!”

Ultimately I have to ask the question as to whether we are all happy with being treated in this way and if we have any compunction about treating others akin? I remember when I used to run my heritage country store and people would venture through the door whom I would greet with a hearty ‘hello’, only to be scowled at with the look of “who are you and who gives you the right to address me?” I loathed being treated in such a manner and made the commitment from that time on to always make extra effort with anyone serving at a retail counter, treating them with cheer and gratitude because I know from personal experience the hurt of being treated so badly from the other side. And don’t get me started about the behaviour of so many when being served food. It’s a whole other dimension of horror! 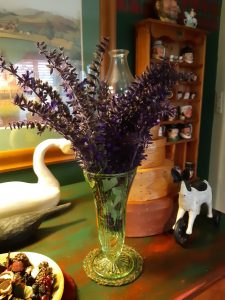 Likewise, having been snubbed and dismissed by way of the wide gamut of communication devices and systems one has to utilise from day to day, I’ve made it my business to always have the courtesy to respond pronto to messages or, even better, to pick up the phone and speak one on one. Better to share the experience directly with another if it can’t be done face to face and to also eradicate the possibility of confusion and misinterpretation that is so often the case with texting and the like.

In the same vain I’ll continue to pull my shopping trolley out of the way in the hope that the ‘little old ladies’ and ‘the old blokes’ too will regain their common decency and manners and say ‘thank you’ … because that’s what I’ll do when someone does the same for me. I’ll give a wave of gratitude when someone pulls out of the way or lets me in on a busy roadway. I’ll nod a greeting to someone in the street and make every effort to smile at a stranger where the social setting condones such action …

And I’ll try very very hard not to feel dismissed, annoyed and hurt when the same basic manners and courtesies are not forthcoming in return. I’ll just wait patiently to find the ones along the path of life who still do believe in such simply matters of decency and respect for one’s fellow man, and rejoice when I find them!