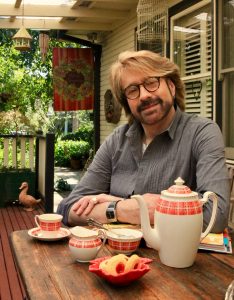 When heard from a friend who sharply stated “get the point, drop the back story” it was hurtful and both cruel and reprimanding, leaving me to wonder why they reacted this way. When heard from a member of one’s own family it cut to the heart.

But why I wonder? Finally I have been forced to come to a place of examining my reactions to the scenario. Finally I must address why I find these words so painful and why they immediately trigger such feelings of rejection? Why do they hurt so much? Do I really waffle on and bore others with my ‘dichotomy of dialogue’? And what’s going on within others who immediately want to shut me down and hear only what they want to hear, without context or ‘back story’ which is only ever offered to give the full and complete picture.

This has all triggered an immense process of self examination, firstly to understand why I always feel it important to explain and give a context. Then to understand why it is so painful when I’m dismissed and ‘shut down’, and to finally try and understand and even forgive those who I find so brutal in their discharge … and to forgive.

Extremely troubled by the scenario occurring a number of times in recent days, the process of unravelling and understanding began. And to really make sense and come to a solution I did what one of my dearest friends taught me to do years ago … I reference-checked a number of people in my word whose opinion I cherish and on whom I can rely for a pragmatic, impartial analysis of the situation and help me come to some sort of resolve. 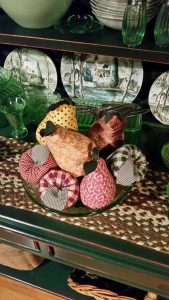 I even discussed the matter with my Mum who has known me the longest and witnessed my journey of life. Doing so I knew it could be uncomfortable for her. But she graciously listened and responded, acknowledging that an important root of the issue at hand lies in my childhood … a childhood of abuse and denigration by a violent and cruel father who spent the first 20 years of my life telling me to be silent, stating that I was “all brains and no common sense”, that my opinions and words were of no value so “shut your mouth and be silent!” “Speak only when spoken to.” As a consequence I internalised my dialogue and was genuinely too frightened to speak. Life for those two decades was complete submission to the opinions, directions and erratic dictates of a very disturbed and cruel man.

But then I ventured off to University and found that the realities of the world were not as my father had declared for all those years. There were others who held different and even contradictory opinions on just about every subject on which my father had so vehemently and violently preached. And there were people who actually wanted to listen to my view; who regarded the simplistic things I initially had the courage to share on were well worth the hearing. And so I tentatively, gradually and finally found my voice. And I have been chatting on ever since … back story and all!

There are two other contributing factors to my ‘verbosity’ that I have come to realise and understand about myself as a consequence of this challenge of self examination.

One is that I have been professionally trained and employed to ‘back storyise’ (should there be such a word) and from this I have made my living for several decades. The magazines I have headed up, the books I have written, the articles I have been commissioned to author, and of course even this blog here … all are filled with stories and ‘pictures in words’ of events, people, decorating themes, traditions, folk lore and history.

The starting premise for all my professional appointments has been to NEVER just make a statement but to give it a context, explaining the background, the ramifications, the heritage … to never assume that the reader knows or understands the subject but is worthy of being given the facts and figures behind the subject so that they too may be enlightened, informed and regarded with the utmost respect. To them I give the benefit of my research, knowledge, experience and understanding so that they too can identify, connect and be included.

This leads me to ‘contributing factor No 3’ to my passion for telling the tale and giving the back story. By doing so I come from the perspective of treating others with a generosity of spirit that makes them feel embraced, worthy of being shared with in an often intimate and passionate way, of being welcomed by heart into the things that I find it important to divulge and disclose, impart and reveal. I don’t know any other way to be and it’s the foundation of most of the significant and cherished relationships in my life. My best and deepest connections are with kindred souls who similarly have an open heart to share, disclose, encourage and embrace, back story and all. 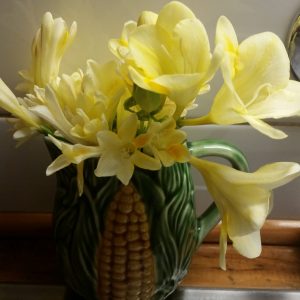 Indeed I have come to realise, as part of this process of examination, that the people with whom I truly and deeply interact are those who likewise have laid a foundation of ‘revelation of the minutiae of life’ … who take nothing for granted and who share to the same depth and degree of ‘detail’ that I do with them. They don’t bore me and I pray the same in return.

I’ve questioned myself deeply about even writing this blog, wondering if it’s just an exercise in self justification. And maybe a part of it is. But it has also been an exercise in facing my realities, revealing them and making sense of what I do and who I am … and how I got to be this way.

It’s not narcissistic (I’ve taken a good hard look at myself in this context too), and it’s not done in a hope of being validated and accepted by others. It’s done out of a desire to liberally share with love, compassion, understanding and acceptance.

If I can encourage even just one other person – who has been told to be quiet, talk succinctly, get to the point and eradicate ‘details, context and back story’ – to keep on speaking out with a generosity of spirit and words then the angst and pain has been worth it.

I’m not going to be silenced. I’m going to continue to conduct conversations and tell the stories of life because now I finally can. And if there are others who would prefer a short pared-back response that is ‘minimalist talk’ at its best, without emotion, explanation or embellishment, my suggestion is …  just don’t listen!

With love and many more words and back stories to come …